Festival International Nuits d’Afrique, an all-new festival experience that is every bit as authentic

Where African, Caribbean and Latin American music and cultures come together

From July 12 to 24, 2022, the 36th edition of Festival international Nuits d’Afrique heads into a brand-new musical adventure with 150 concerts and activities that will take us to the very heart of African, Caribbean and Latin American music and cultures.

From the big names in world music, internationally and here at home, to the new generation of artists bringing new energy and diversity to the music scene, everyone has been impatiently waiting for the full-scale return of the Nuits d’Afrique de Montréal. This year, over 700 artists from 30 countries are getting ready to amaze festival goers from July 12 to 24 during the 8 series of concerts at various indoor venues , and from July 19 to 24, at the Festival’s outdoor location at the Quartier des spectacles will be expending from Ontario Street to Saint-Catherine Street.

A music festival that takes you from Africa to Latin America and the Caribbean. This year’s edition celebrates music in all its forms and features an impressive array of world-class artists who call Québec home. 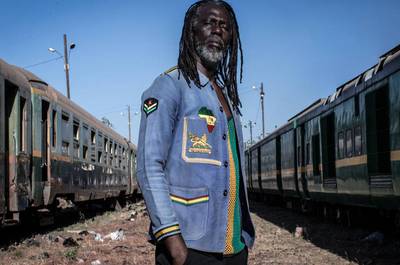 Among the eagerly awaited world-renowned stars returning this year, the charismatic Tiken Jah Fakoly (Ivory Coast) will kick off the festival’s 36th edition at the official opening concert at MTELUS on July 13, 2022 . Then, on July 19, 2022, the free outdoor concert programming will be launched with the captivating Afrobeat of Femi Kuti & The Positive Force (Nigeria), accompanied by his son Made Kuti, promising an electrifying show from the TD – Radio-Canada stage.

The international programming reflects an ever-evolving world music, featuring artists from a diversity of backgrounds, an invitation to explore new worlds.

A leading light in this new generation of musicians is one who is making waves among the young people of Africa and beyond, with 2 million YouTube followers! On July 24, 2022 , during her Montreal premiere, Yemi Alade (Nigeria) will close the Festival on the TD – Radio-Canada stage with a good dose of Afropop with her new Afrobeat and highlife. Every one as exuberant and creative as the next, women have always been an integral part of the festival but now there is a new series, Rythmes au féminin , devoted to these fantastic artists, with performances every evening at 7 p.m. on the new LOTO QUÉBEC stage, at the new Esplanade Tranquille. This series features both local and international artists , all bearers of their cultures and proud of their roots while breaking new ground.

The music scene here in Montreal and across the country is rich and diverse, with many artists also making their mark internationally. On the TD – Radio-Canada stage, festivalgoers will be treated to Wesli (Haiti-QC), singing in the twoubadou style, Ramon Chicharron (Colombia-QC) featuring music from his new album and the reimagined calypso of Kobo Town (Trinidad-ON).

The indoor concerts are presented throughout eight theme-based series to guide festivalgoers in their concert choices and discoveries.

These concert series put the spotlight on the latest in world music, the most compelling voices, the trendiest styles and rootsiest sounds that inspires them.

Every night at each of the venues, MTELUS, Théâtre Fairmount, Le Gesù, Le Ministère and, of course, Club Balattou, audiences are treated to a new musical experience.

The new ambassadors of world music

THE NUITS D’AFRIQUE VILLAGE FROM JULY 19 TO 24, 2022: SIX DAYS of free concerts and activities for the whole family at the Parterre du Quartier des spectacles and Esplanade Tranquille

TWICE AS MUCH MUSIC TO DISCOVER

The Festival will be twice as big this year. Literally! For the first time, the NUITS D’AFRIQUE VILLAGE is expanding! Extending from the Parterre du Quartier des spectacles to the new Esplanade Tranquille, there will now be two concert stages and twice as many free concerts and activities for the whole family to enjoy. Music will be heard everywhere from morning till night; a truly immersive soundscape into the heart of African, Caribbean and Latin American culture, and more.

“Nuits d’Afrique exists to bring artists and their audiences together. It fosters a meeting of cultures, sharing, very simply, through music. More than ever, we need to get closer to one another, to be together. I am also extremely touched to see the Festival develop, to see that its mission is resonating more and more.” Lamine Touré, the Festival’s president and founder Many new features await this year’s festivalgoers, without forgetting all the other favourite activities happening throughout the Festival’s outdoor site:

THE FESTIVAL IS ALSO …

THE NEXT GENERATION OF SYLI D’OR WINNERS 2022

To showcase new musical talent, Nuits d’Afrique launched the Syli d’or de la musique du monde 15 years ago, creating yearly music event that puts the spotlight on dozens of Canadian artists from a wide variety of cultural backgrounds. The winners for 2022 include Syroko (Algeria-QC), Papish (Chile-Venezuela-QC) and Blaise LaBamba & Kotakoli (DR Congo-QC), who will all be performing on stage during the Festival.

Since 2016, FINA has been awarding the Prix Nuits d’Afrique pour la Francophonie to an internationally recognized artist who embodies the unifying vision of a culturally diverse Francophonie. The winner for 2022 will be announcedthis coming July 14!

This compilation also puts the spotlight on the versatility and creativity of Montreal artists Paulo Ramos, with a previously unreleased track, and Kizaba who sings his love for Quebec, as well as two JUNO winning artists from Ontario, OKAN and Kobo Town.